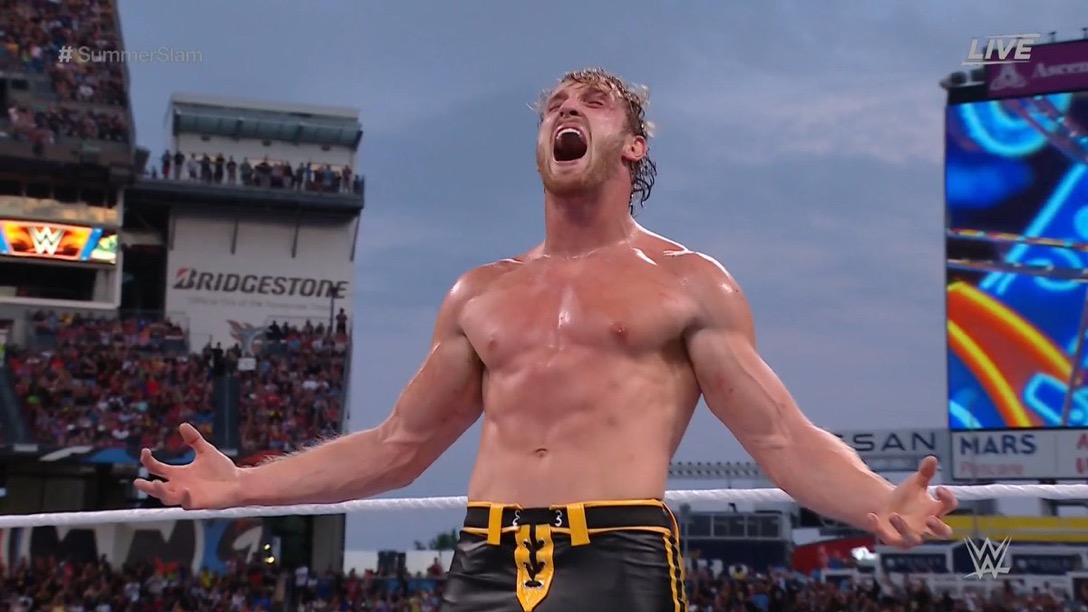 When Logan Paul first came on the scene in WWE, most fans wanted to see something from him in the company. Like many celebrities who try professional wrestling, Paul was instantly despised by the crowd. Hearing Bo’s voice at a historic rate, fans wanted absolutely nothing to do with the social media star.

However, there was one thing that almost everyone agreed on. Of all the famous people who have graced a WWE ring, Paul was naturally the most physically gifted. Being an athlete all his life and then becoming a fighter put him one step ahead of the celebrity competition. Everyone knew that if there was ever a celebrity who could make it in WWE, it would be Paul.

Through the two matches Paul has had so far in his WWE career, he has silenced the doubters and carved out a bright future for himself in the business. His combination of size, athleticism, strength and speed make him a naturally gifted entertainer in the ring. He’s had some impressive spots, some that even trained pros can’t pull off. Watching his matches, it’s clear that Paul has already trained for the performance. It is impossible to be this good in the ring without proper training. Seriously, though, he seems to be one of WWE’s brightest young stars right now, despite the short sample size. The pro wrestling world has never seen a celebrity as good as Paul in the ring. Not only is Paul quickly becoming a legitimate champion in the lane, but he’s poised to change the business for the next generation moving forward.

One of the company’s biggest knocks in recent years has been its inability to nurture new talent. They have built stars like Roman Reigns, Seth Rollins and Drew McIntyre to be the faces of this generation. Currently, they are building up Theory, Matt Riddle and NXT stars like Bron Breaker and Carmelo Hayes to continue the next generation. These guys have the talent to become real big stars that are known around the world, however, this product has simply not been popular since the switch to the PG rating. Now, with the TV-14 rating returning sooner rather than later and Triple H taking over creatively, the product is sure to improve. This brought back old fans who left with the sudden product change in the 2010s. However, Paul’s addition to the company will bring in a whole new set of fans and expand the audience even further.

Paul has one of the largest celebrity fan bases in the world. He’s a social media icon, and with his massive following, a part-time WWE career is sure to bring more eyes to the screen. Putting Paul in storylines and title feuds will draw people in, and given that he’s already a huge wrestler, it’ll help more people tune into premium live events when he’s on the card. . Paul has also done a good job of promoting his work in WWE on his podcast.shockingWith Paul locked in to help grow WWE, he will only help bring in a new generation of viewers for the next 10 years. Love him or hate him, Paul is one of the biggest recent acquisitions for WWE. It’s WWE.

My many brushes with celebrity – Red Bluff Daily News

Madonna house worth: The houses that 'The Queen of pop' has had